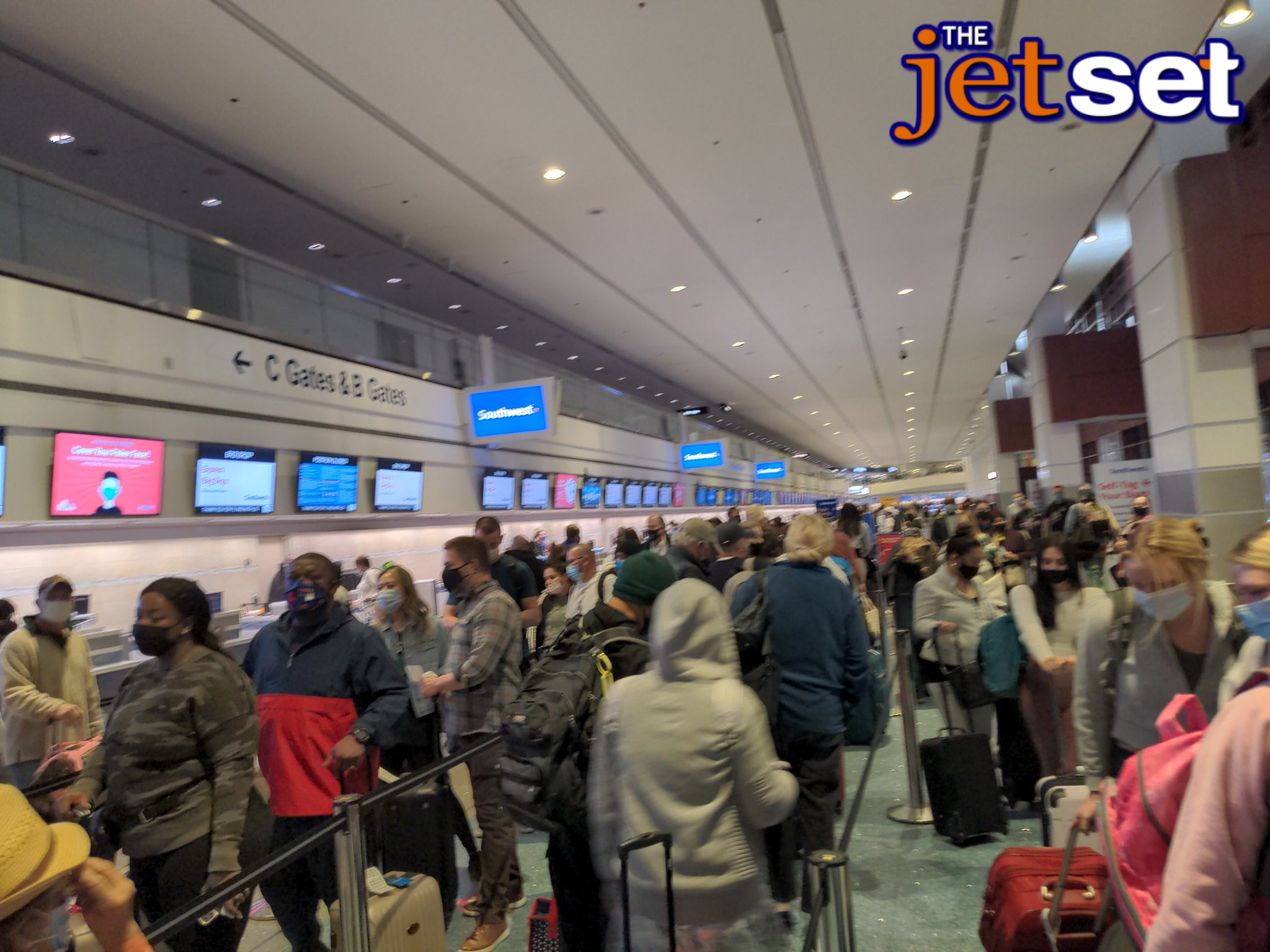 Packed Airport Terminals at Las Vegas McCarran Means No Social Distancing. The Airport is Okay with That.

Co-host of the nationally syndicated travel and lifestyle show Bobby Laurie, who can also be seen as a contributor on other programs such as The TODAY Show and Dr. Oz, is back on the road filming for the upcoming 6th season of The Jet Set but encountered an unexpected sight at the Las Vegas airport on Wednesday, March 17, 2021.

“It was packed,” he said. “There were lines everywhere at the Southwest Airlines ticket counter and bag drop. There was no social distancing, no one tried to distance anyone or remind them to keep apart. It was a scary sight.”

Although Laurie has been an advocate of getting on the road and traveling again. He’s always said it needs to be done safely.

“I understand that airports are going to run into a space issue as things begin to pick up again, airports were never built for social distancing, but if we’re taking every precaution we can as the traveler to stay safe, I would hope the airports and airlines would do the same.”

Bobby Laurie contacted the Las Vegas McCarran airport about the packed situation in the airport terminal to which they responded by saying “airports are busy with more people choosing to fly, so travelers won’t always be able to social distance.” However, the CDC still suggests people maintain a 6ft distance apart and also still suggest avoid traveling all together.

Bobby Laurie suggests “if you choose to fly do everything you can to keep yourself safe. Try to create that distance if you feel it’s important, you don’t have to move up in line right next to the person in front of you just because everyone else is, wash your hands, avoid sitting in a crowded waiting area and don’t be afraid to speak up when and if you see something that makes you uncomfortable.” He also said he seeks out a quieter waiting area with less people to relax before boarding his flight. “Keep aware of the time and go sit somewhere else. If the airport, like Las Vegas McCarran, doesn’t want to work to ensure you stay safe, you have to do it for yourself.”

For more information on The Jet Set or for more tips and travel tricks, visit TheJetSet.tv

Bobby Laurie is the only TV travel expert with actual hands-on travel industry experience. Laurie’s background in the travel industry dates back to November 2005 when he was initially hired as a flight attendant for Republic Airways, before moving to US Airways as a Flight Attendant and an Analyst in InFlight Policy and Procedures. He later took an InFlight Team Leader position at Virgin America.

Currently Bobby Laurie serves as co-host of the nationally syndicated travel & lifestyle show “The Jet Set” and as a Traffic Reporter in Washington, D.C. Bobby also is a regular travel contributor to NBC’s The TODAY Show, NBC News, Dr. Oz, Inside Edition and GritDaily.